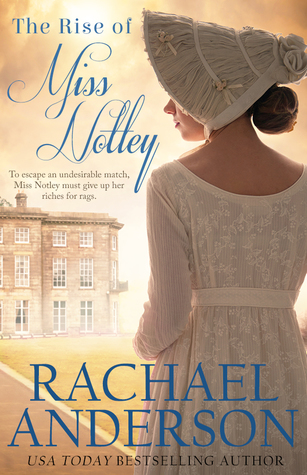 TITLE: The Rise of Miss. Notley

When Miss Coralynn Notley’s father barters her off to the first titled gentleman to come along, she realizes she must flee her home or be forced to wed a despicable man. Driven by desperation, she applies for the position of housekeeper at Tanglewood Manor, the home of the handsome Mr. Jonathan Ludlow.The moment Jonathan sees Miss Notley, he is intrigued. She is far too young and inexperienced, yet there is something about her that that inspires a certain hope within him. Does he dare offer her the position of housekeeper or will doing so result in catastrophe?

I’ve enjoyed this type of clean romances very much and was excited to get my hands on this one. I found out midway through that this is actually the second book in the series but it doesn’t seem to directly affect the other stories here. Which, I was very glad to know because once again, this story was more than I could have hoped for.

It was really quite interesting because it was primarily a story about a young woman running away from a terrible match (he was old enough to be her father and seemed to be one of the cruelest men in society) and her unloving family and found freedom and joy in finding a job as a housekeeper. I’ve never even imagined this type of story and I was so excited to read more about this different point of view. A wealthy daughter going to work as a housekeeper. Completely changing the ideals of society in those days. Though she struggles in this complete switch in roles, she finds that she can create her own happiness and learn to work hard for a good cause. It’s convenient that there is a little bit of a forbidden love story wrapped up in this as well and made for an even juicier romance.

I quickly loved Cora and her courage, determination, and care for others instead of titles or wealth. It was definitely refreshing to read as I’ve been reading Jane Austen’s classics and it’s definitely a major theme throughout all of her novels. Cora’s ability to love even when others seem to despise or dislike her made her even more likeable. I appreciated her natural tendencies to find humor and happiness in moments instead of going with the often easier route of “being human”; getting angry, scared, or just mope around.

I read this quickly in one day and it was a great novel to read after I’ve been in a terrible reading slump. The characters were so natural to me and the plot was easy to follow, although there were some moments of delicious suspense thrown in from time to time. Excellent book! 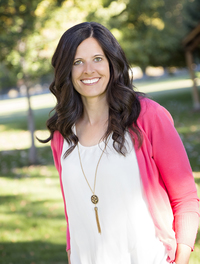 A USA Today bestselling author of clean romance, Rachael Anderson is the mother of four and is pretty good at breaking up fights, or at least sending guilty parties to their rooms. She can’t sing, doesn’t dance, and despises tragedies. But she recently figured out how yeast works and can now make homemade bread, which she is really good at eating.